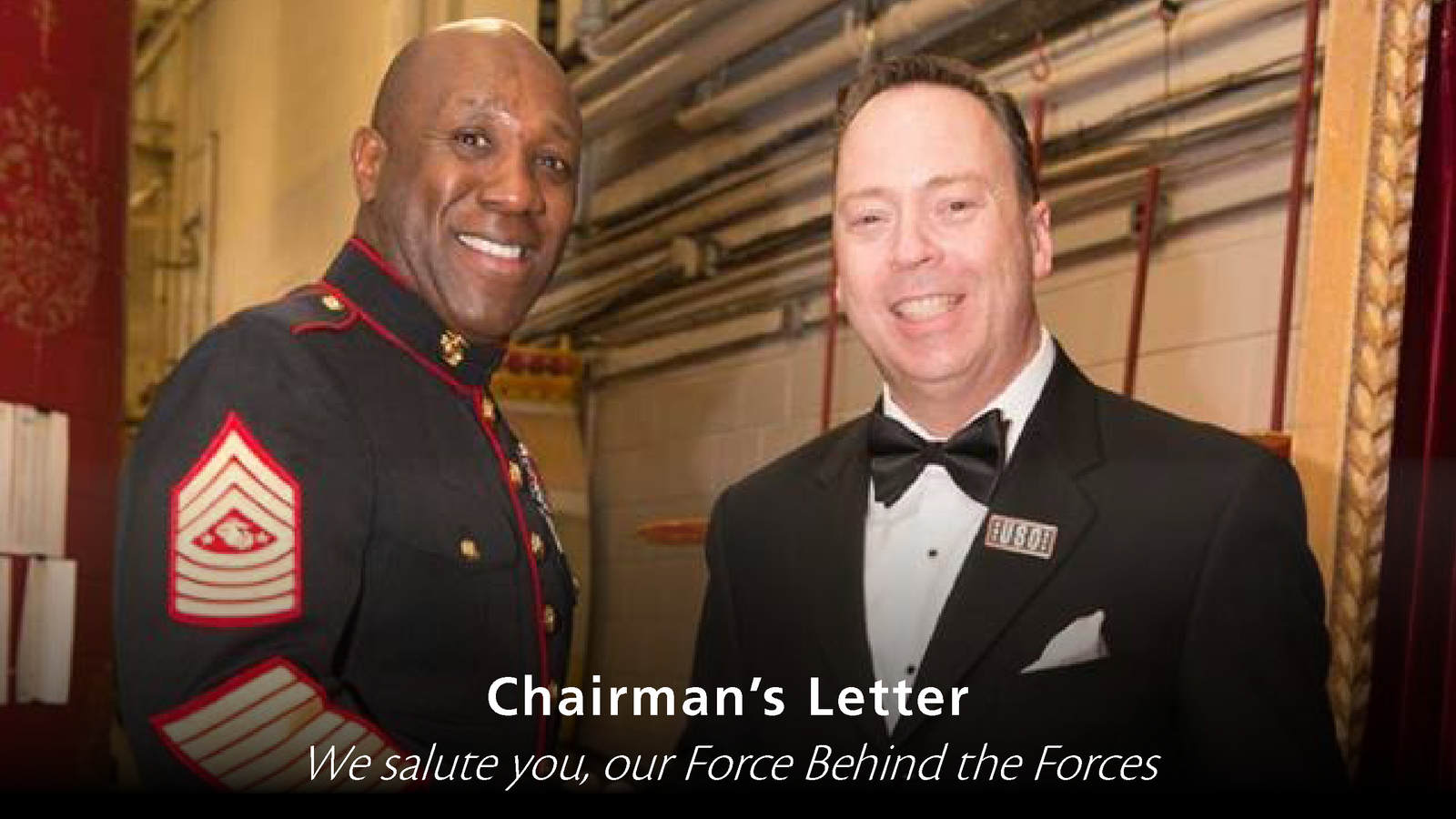 Thanks to your commitment to our military service members and their families, USO-Metro completed its 77th year of exemplary service… Service in the form of a warm smile from one our 3,000+ USO Metro Volunteers, a hot cup of coffee after a long flight at one our Airport Centers, a chance to reconnect at a parent-child dance at one of our facilities, or a new skill learned from one of our transition classes to enhance the search for employment after service.

As Chairman and on behalf of the USO-Metro’s Board of Directors, we are truly amazed on a daily basis the great work of this organization and to see first-hand how the dollars and items donated by you and all our partners are put to great use in the programs and services delivered throughout the year. The caliber of service and quality of this organization’s interactions with our military and their families are a testament to the unified commitment of its volunteers, staff and supporters.

Our mission is to strengthen America’s military service members by keeping them connected to family, home and country, throughout their service to the nation.

In 2018, your support of USO-Metro made possible 539,576 instances of service at 9 locations, Mobile Unit, special programs and events, and other venues across the region.

View the people and programs behind those numbers in the following four sections of this report as we highlight Locations & Events, Legacy of Bob Hope, Resiliency Programs and Volunteers.

In 2018 we completed our first full year utilizing the new digital tablet sign-in system across all of our staffed locations, which has allowed us to better analyze our statistics with the goal of better serving our guests. The system asks each guest at USO Centers around the world to create an account and to use either an app on their phone or a tablet at the welcome desk of each USO to sign in to their location and also note any programs they are attending. After a full year of analyzing check-in data, USO-Metro has been able to implement improvements such as calculating daily foot traffic, dependent usage and individual branches.

2018 also marked the first year we implemented an internal training program for all USO-Metro managers. Faced with a common mission but a wide range of experience levels, former industries, and leadership styles, Human Resources provided learning experiences for all leaders, covering topics such as employment law, interviewing skills and conflict resolution. Through this new avenue for professional development, USO-Metro has been able to provide useful tools to new leaders, and augment or re-enforce learning for more seasoned leaders.

Thank you to our sponsors, without whom we could not continue this important work. Especially our 2018 Circle of Stars, an elite group of our largest corporate donors that make supporting our troops through USO-Metro a priority. 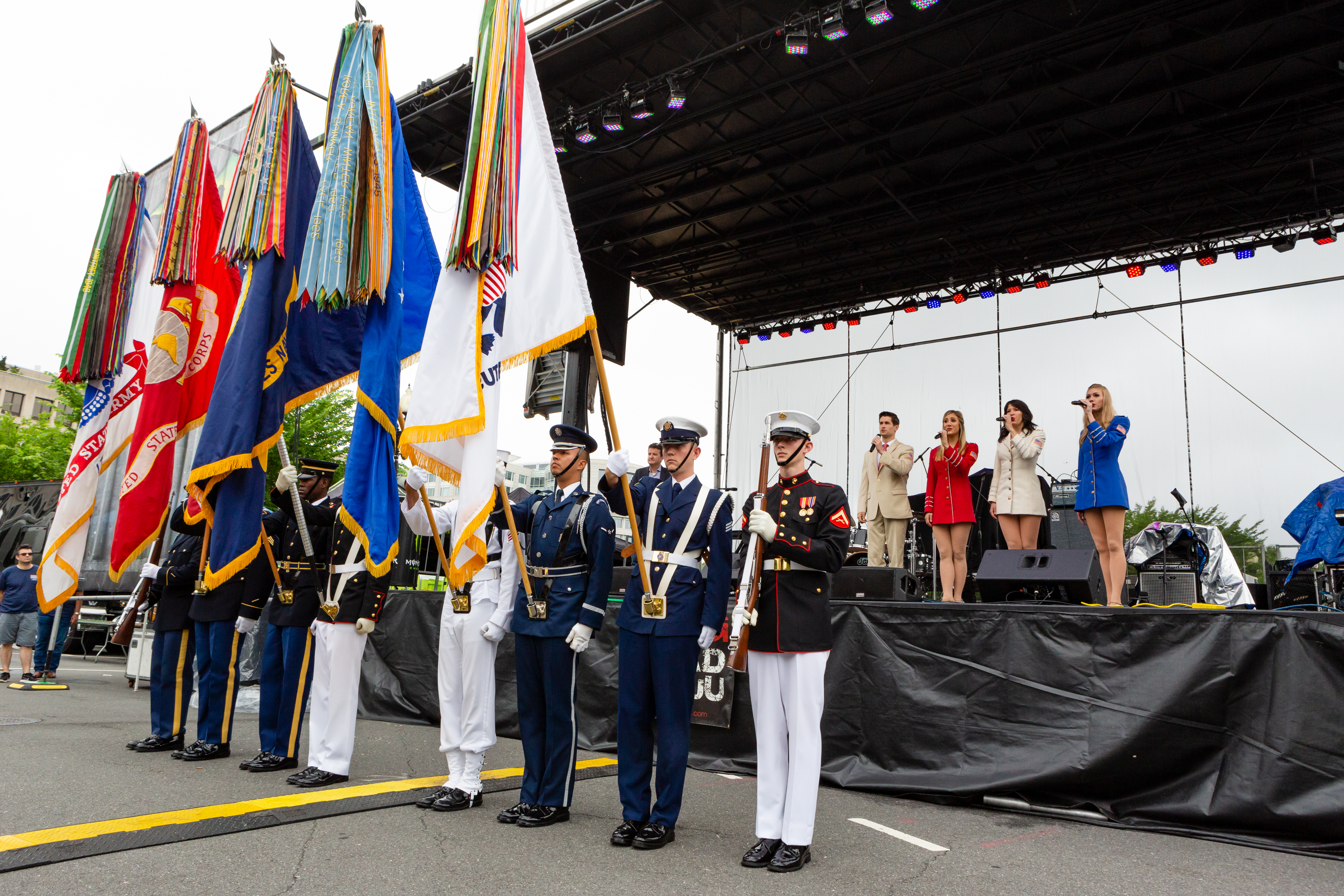 Thank you to the 2018 all-star team, especially the shining five-star members who made our mission possible through contributions of $300,000 and above:

The Boeing Company supports our Mobile USO, allowing us to reach our military service members outside of our nine brick and mortar USO centers in the National Capital Region. Additionally, as the presenting sponsor of our Annual Awards Dinner, Boeing continues to stand steadfastly behind our mission. Boeing also fulfills 400 Christmas wish lists for military children as part of USO-Metro’s Project USO Elf.

Our three-stars each provided support of $100,000 and above, SAIC, American Airlines, CenturyLink, Leidos, 300Brand, Military Bowl presented by Northrop Grumman.

Since 1941, USO-Metro has been trusted by our military and our community. A big part of that trust is its impeccable reputation for being a responsible charitable organization. Every year it has been evaluated, USO-Metro has earned the highest rating on Charity Navigator, (4) FOUR STARS, for outperforming most charities in its cause and “exceeding industry standards.” 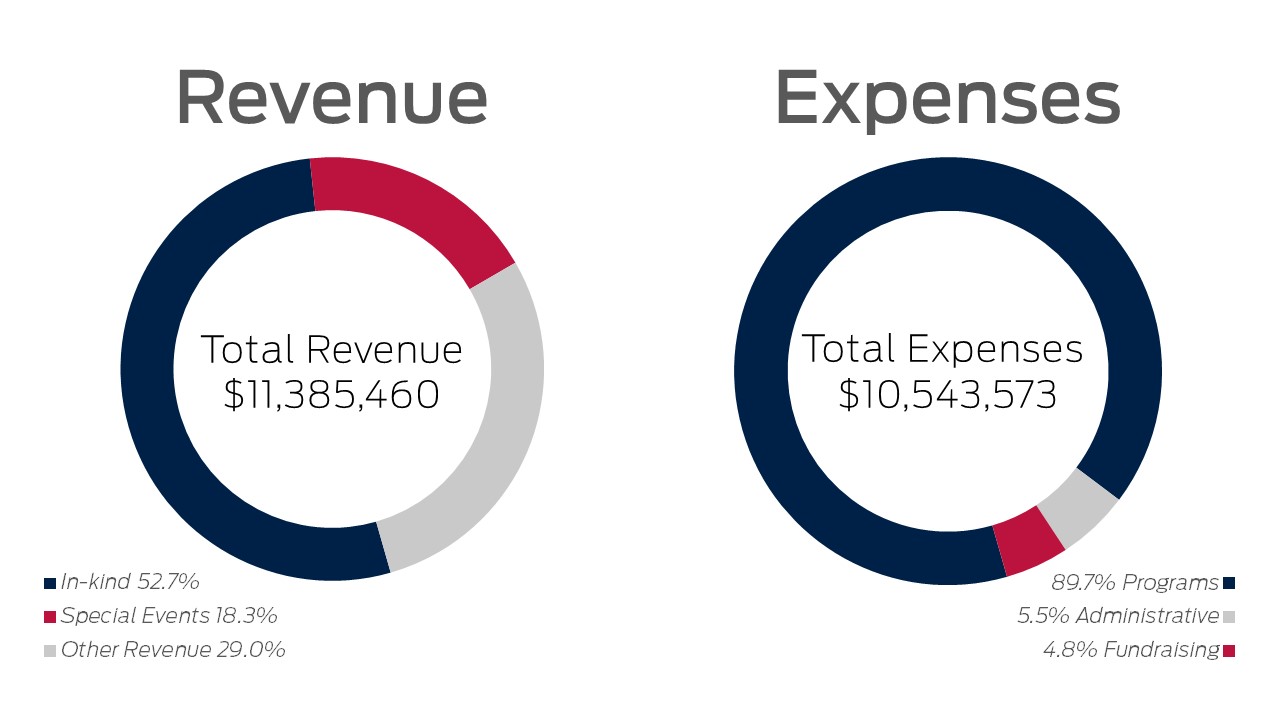 I would also like to extend a special thank you to the USO-Metro staff and volunteers for their dedication and hard work. They bring unparalleled enthusiasm to the support services they provide to our military and their families.

In closing, thank you for your continued support of USO-Metro and for supporting the strongest military force in the world.

Chairman of the USO-Metro Board of Directors 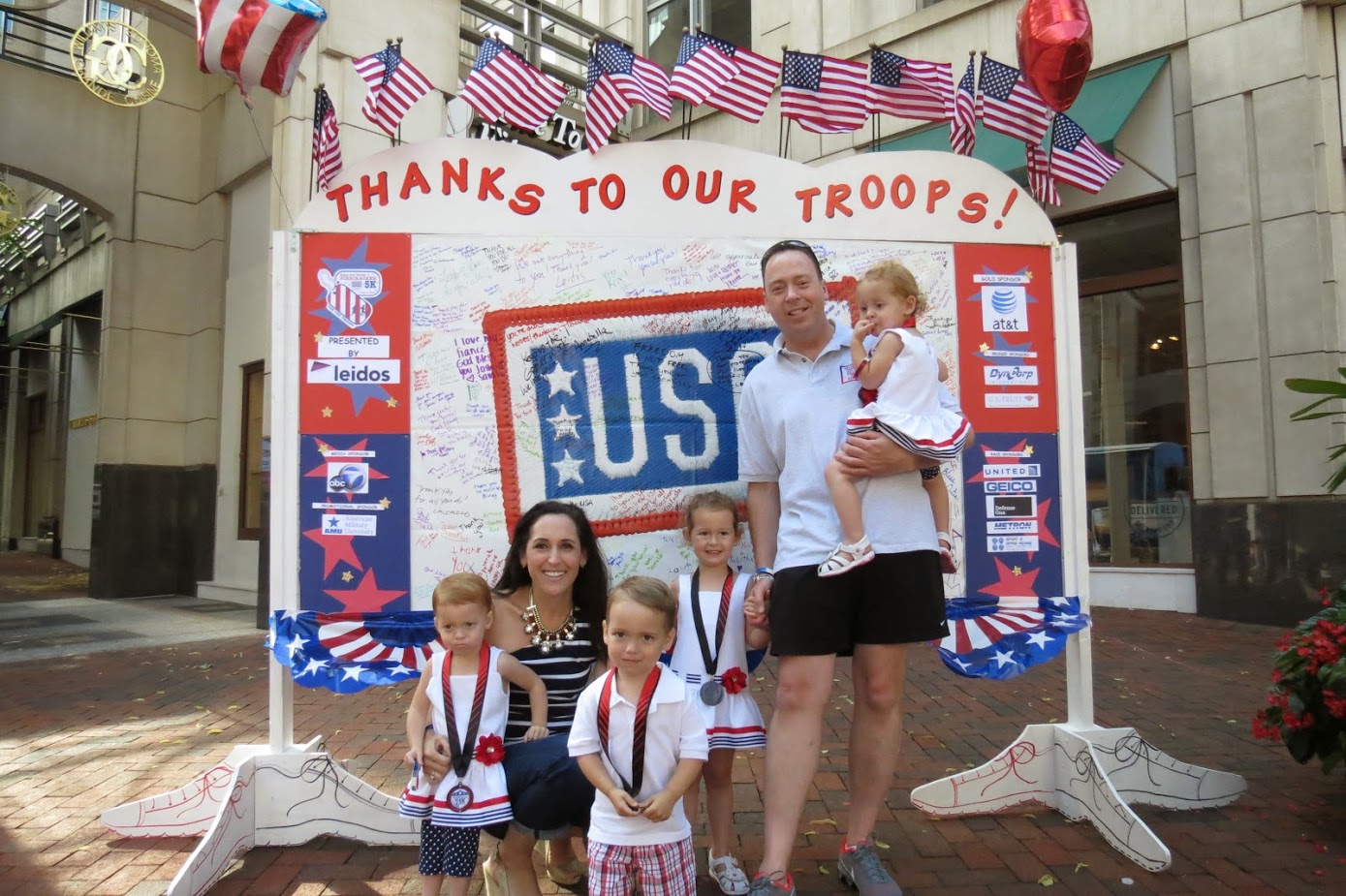 Next: Legacy of Hope

Back to Annual Report Home