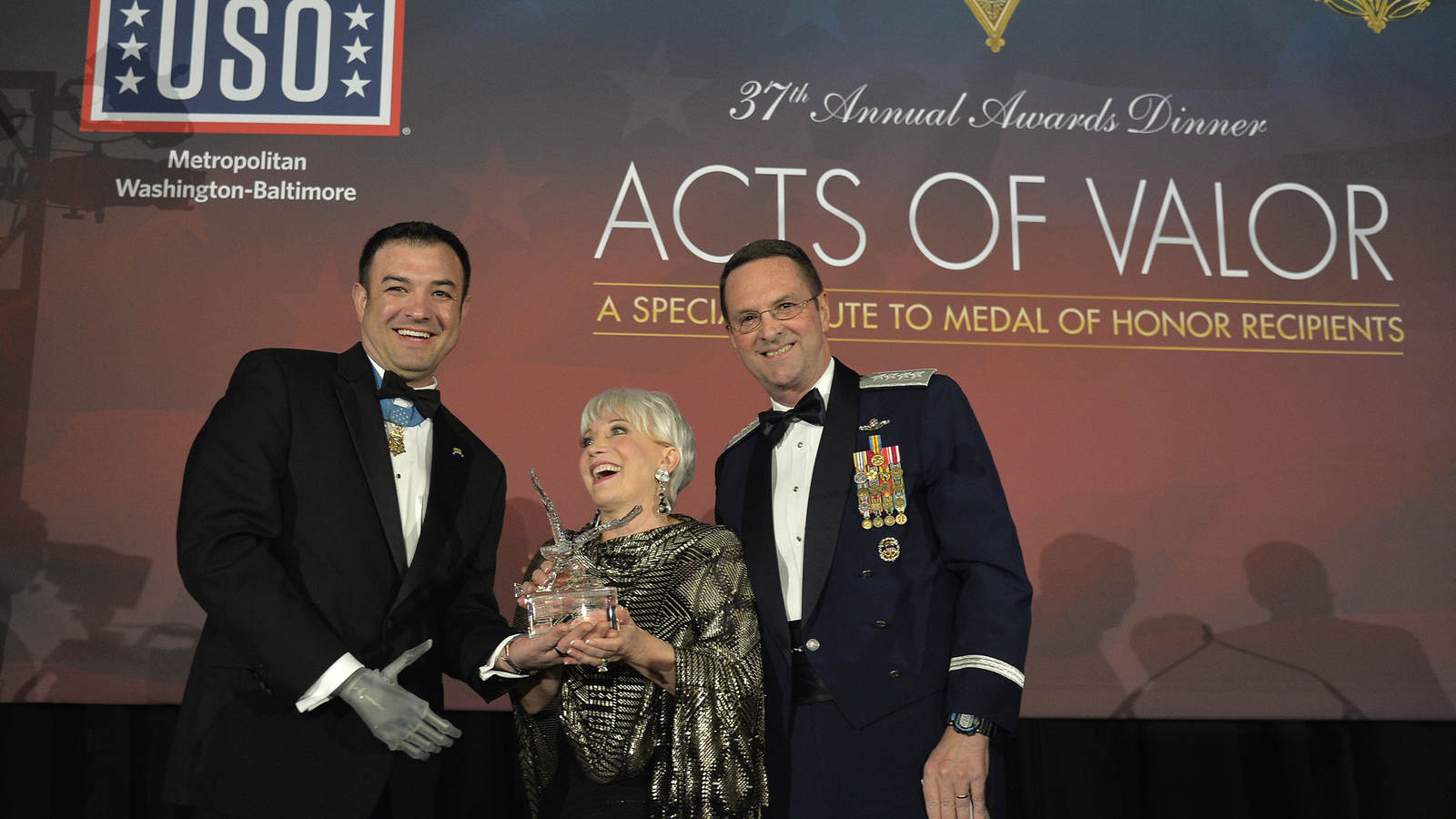 Hundreds gathered at the Omni Shoreham Tuesday with the USO of Metropolitan Washington-Baltimore for a remarkable celebration of the service and sacrifice of the United States Armed Forces, specifically highlighting the commitment and dedication of Medal of Honor recipients.

If you missed the chance to show your support, you can still share a financial contribution toward USO-Metro’s programs and services below: 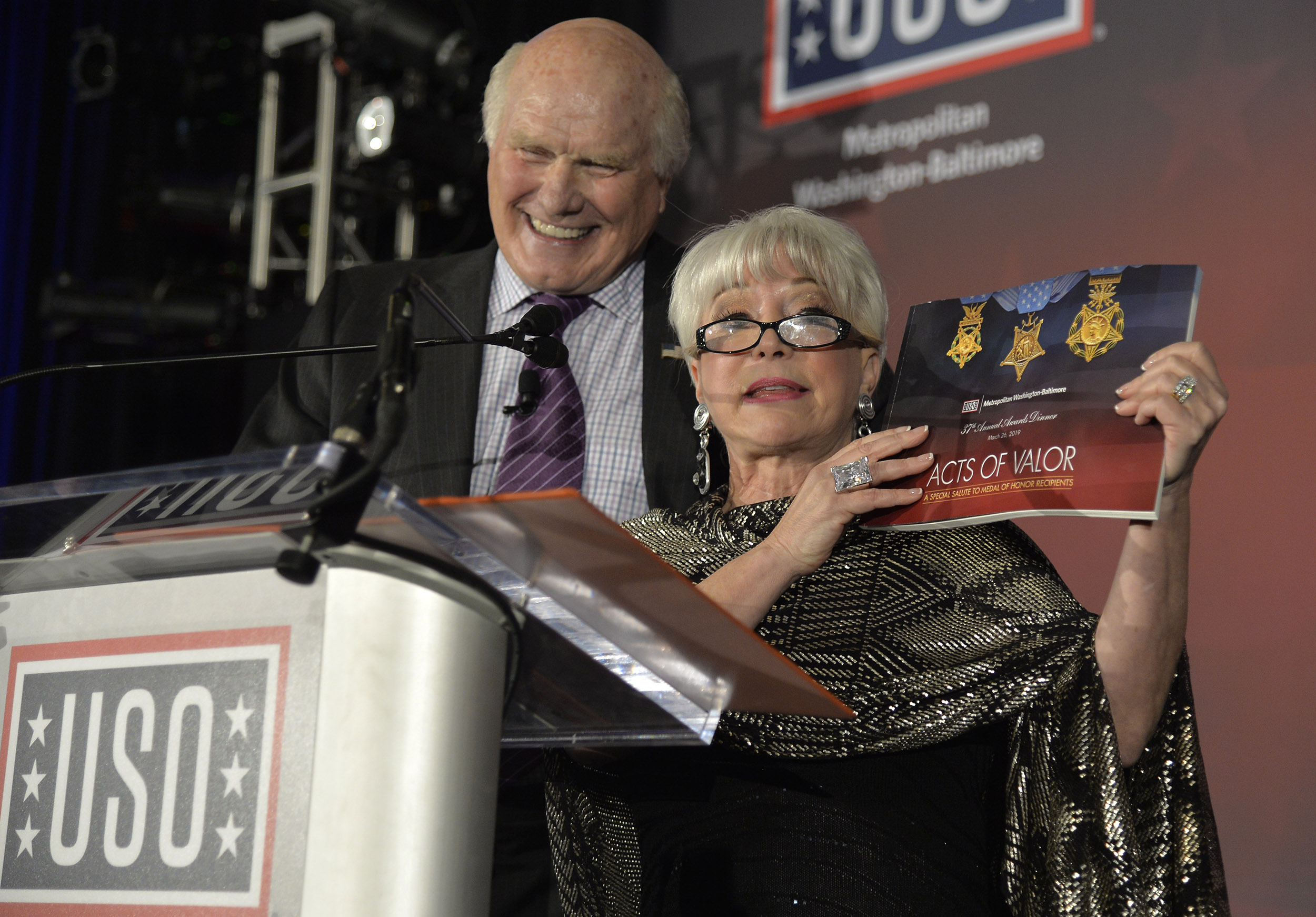 Master of Ceremonies and NFL Hall of Famer, Terry Bradshaw, entertained the crowd, while he presented USO-Metro’s Merit, Achievement and Patriot Awards. 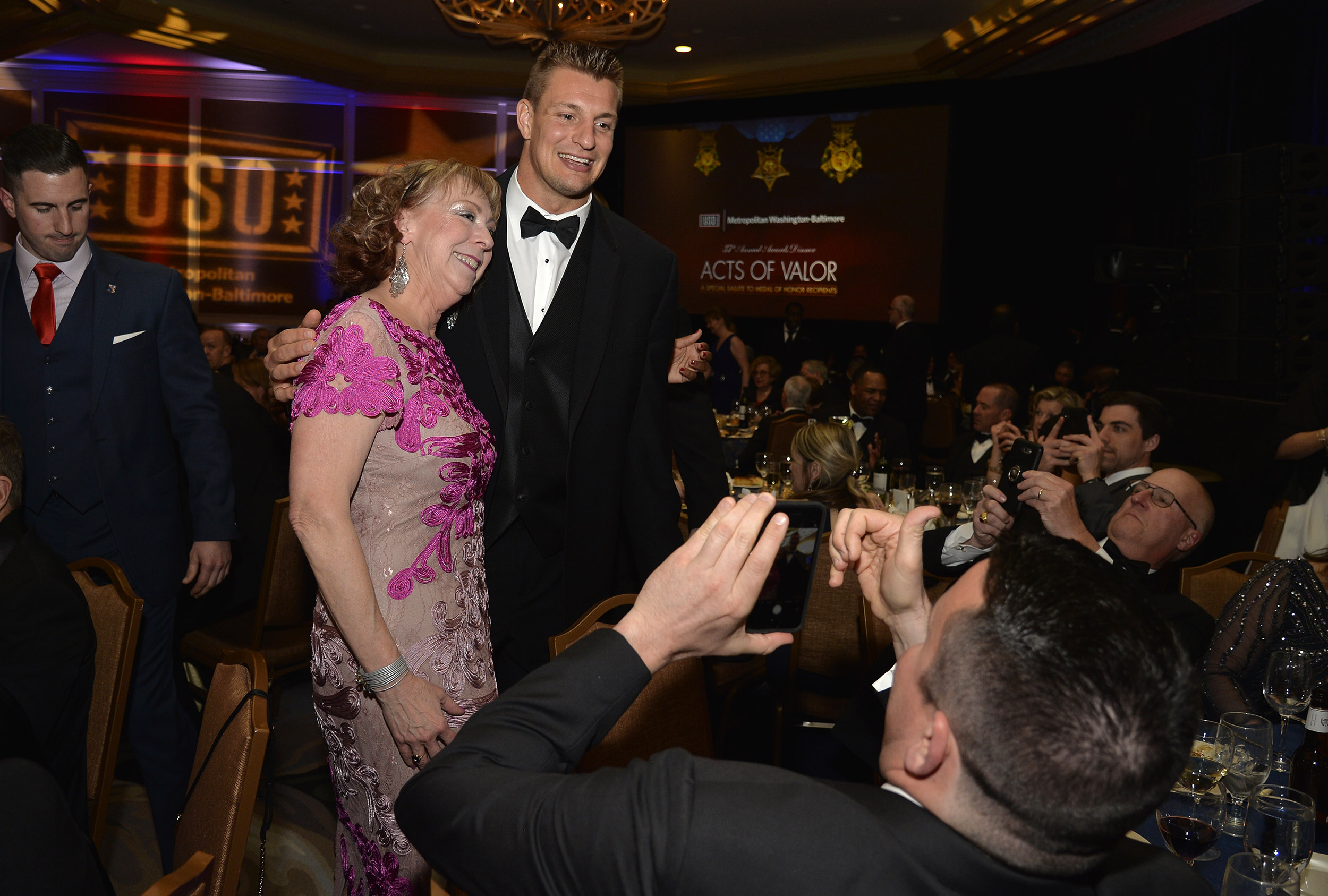 The Merit Award goes to an individual of outstanding creative talent who is dedicated to serving others through volunteerism, particularly for our military.

“It’s such an honor to be here,” Gronkowski said. “Going to that visit today, seeing the people in the rehab center, seeing their dedication, seeing their mindset, seeing what they’re all about — it’s just an honor.” 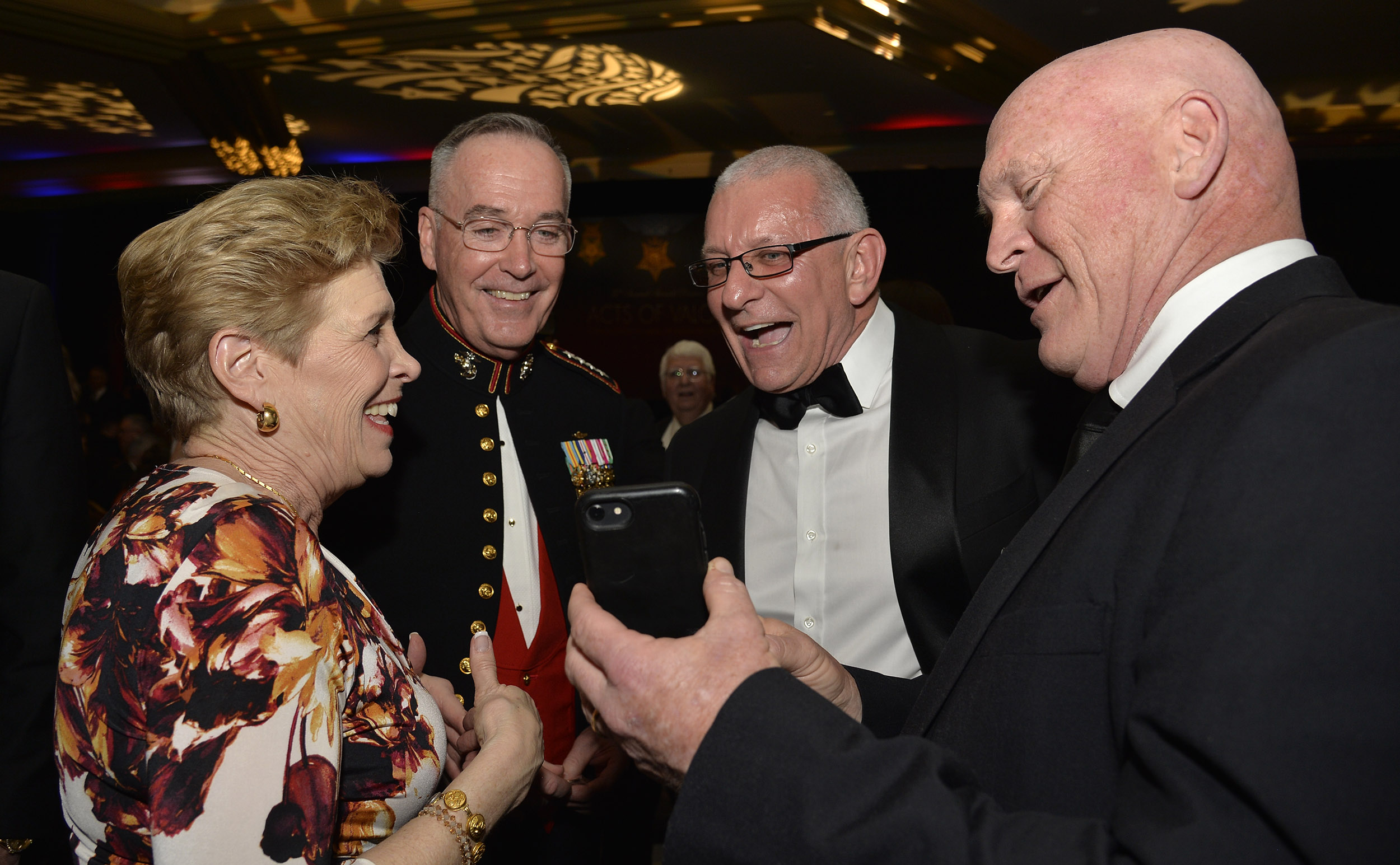 General Joseph Dunford, 19th Chairman of the Joint Chiefs of Staff, and his spouse, Mrs. Ellyn Dunford were honored Tuesday as the recipients of USO-Metro’s 2019 Patriot Award.

“There is no clearer physical manifestation of the support of the American people than the USO,” Dunford said. “For generation after generation now, men and women have gone around the world to do what our country has asked them to do — and the USO has been with them bringing a little piece of home to them wherever they happen to be.” 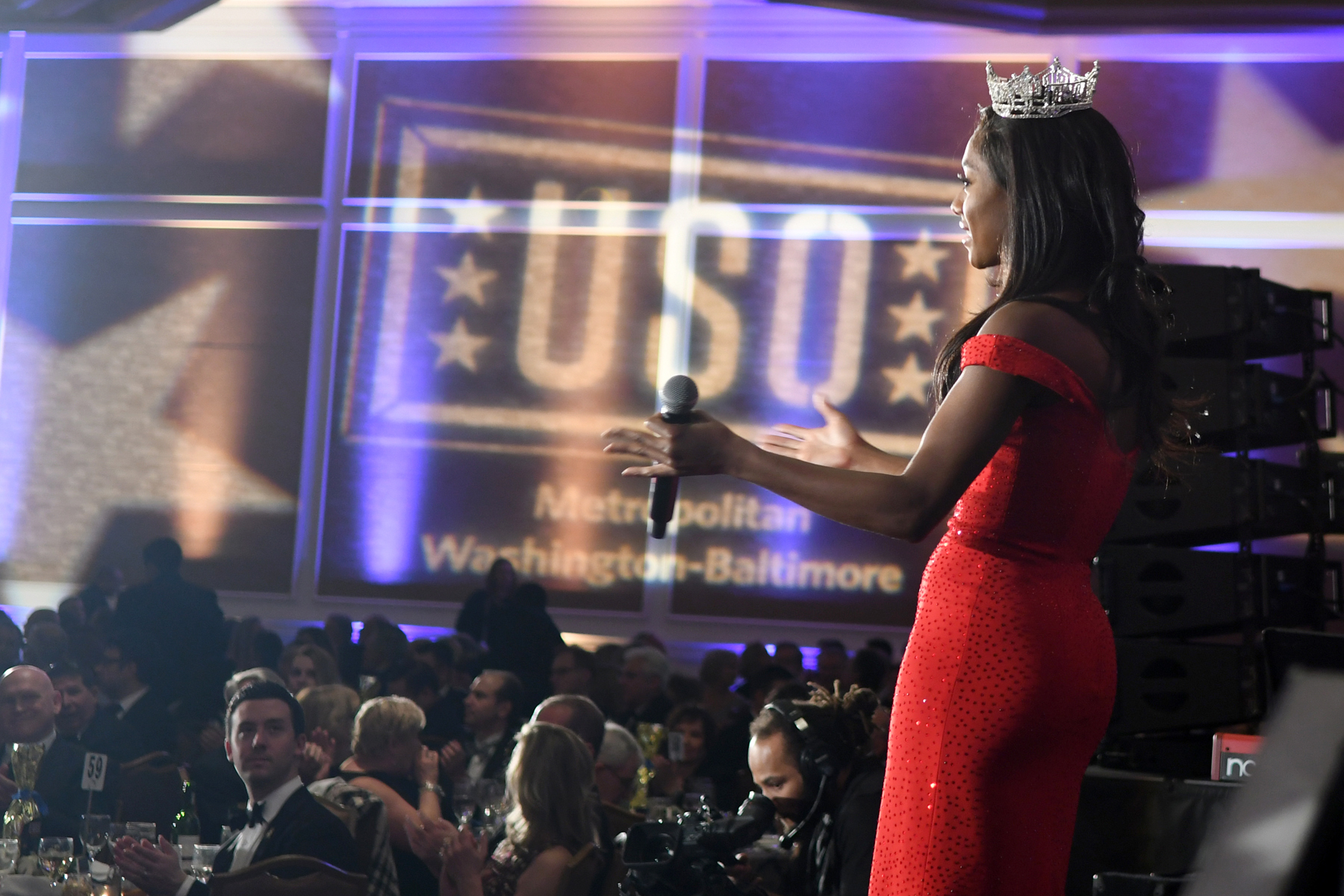 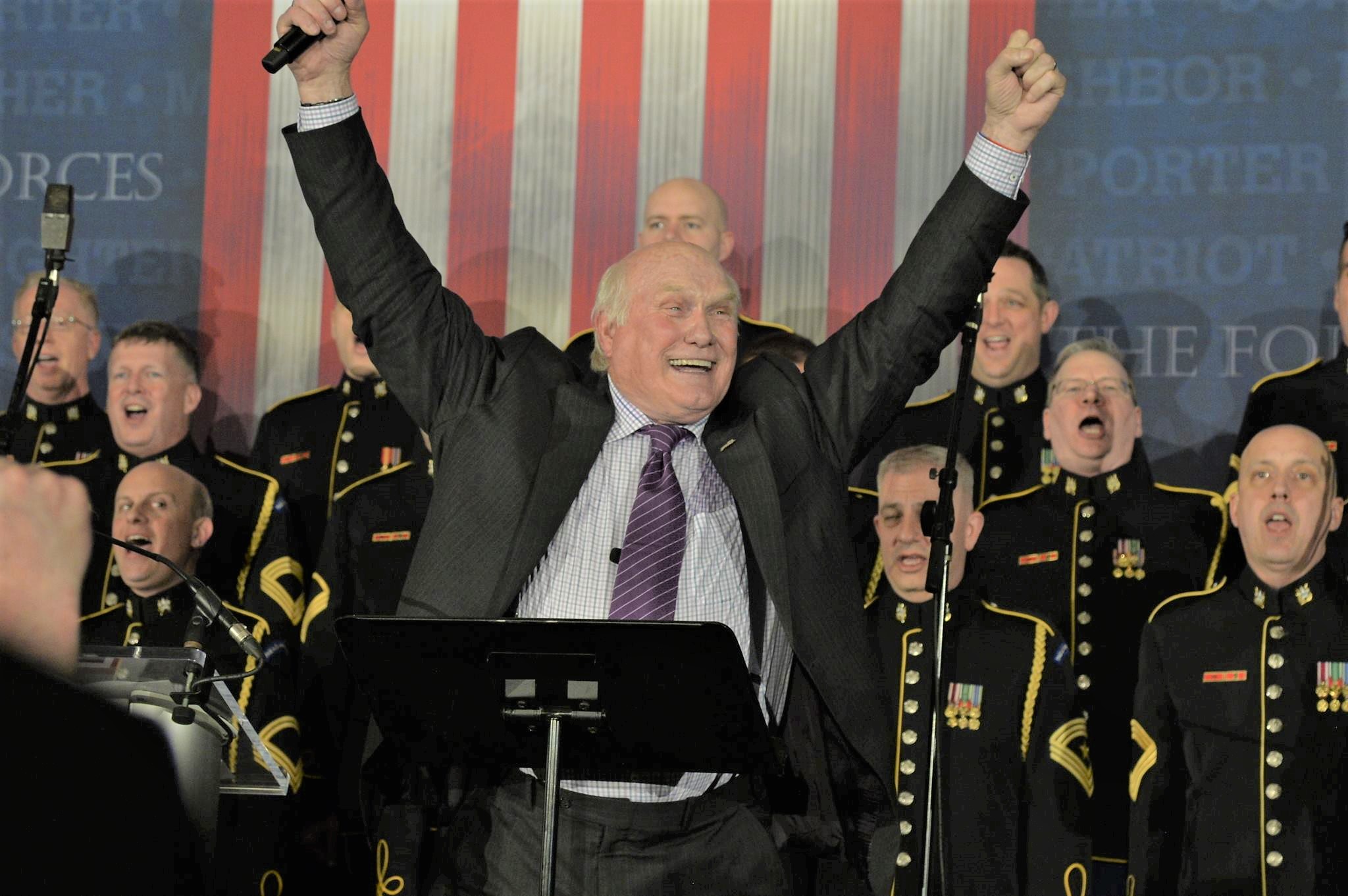 The USO of Metropolitan Washington-Baltimore is the largest chapter chartered by the USO, and supports hundreds of programs and areas of service annually.

Our support of service members and their families across the National Capital Region would not be possible without the support of nearly 1,300 active volunteers, community partners and special guests. In case you missed the special evening, learn more about two of USO-Metro’s programs and areas we support below:

Google Cloud has generously donated enough funds for USO-Metro to offer a life-changing workshop called Combat2Canvas, one of its signature art resiliency programs. In the week-long workshop, participants tell the story of their military service through original works of art and writing. Read more at www.usometro.org/Combat2Canvas.

WUSA9, Sheehy and USO-Metro paired up to surprise a military couple and their two kids with a trip to Disney World after their 4-year-old son was diagnosed with Leukemia. This special surprise follows a long-standing relationship between the USO Warrior and Family Center at Bethesda and the Walter Reed Murtha Cancer Center to offer USO-Metro’s signature, moral-boosting programs to military service members and their families in times of need. Read more at www.usometro.org/disneysurprise.

Special Thanks to Presenting Sponsor, The Boeing Company, and Steve O'Keeffe 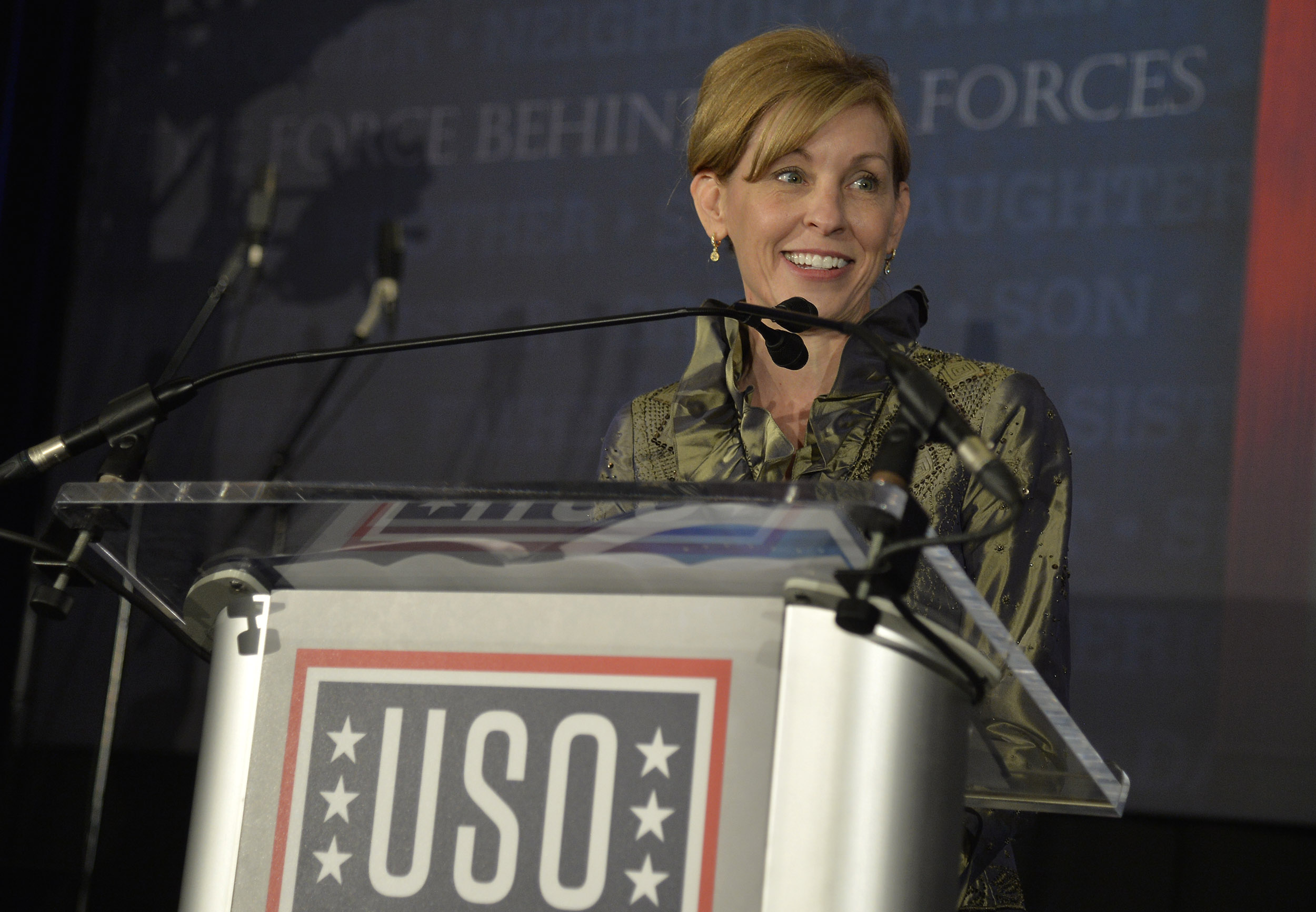 Chairman of the Board Paul McQuillan shared the incredible success by our corporate partners for raising a record-breaking $1.4 million for USO of Metropolitan Washington-Baltimore programs and services.

He offered special thanks to Presenting Sponsor, The Boeing Company, and Steve O'Keeffe, the Chairman of the Annual Awards Dinner Committee, for this milestone achievement.

“USO-Metro’s mission extends beyond our nine brick and mortar facilities and into the hearts of the tens of thousands of military service members and families who temporarily call the National Capital Region home,” McQuillan said. “Thank you so much for your hard work, along with our incredibly impressive staff and volunteers for making this dinner such an incredible success!”

What was your favorite moment?

We’re with @USOMetroDC for their 37th Annual Awards Dinner. Thank you for all that you do for our nation’s troops! @MojoRawleyWWE @MickieJames @BraunStrowman pic.twitter.com/Vm58Sf5yaL

Thank you to @RobGronkowski for visiting the Arlington National Cemetery to lay a wreath on behalf of @USOMetroDC at the Tomb of the Unknown Soldier!

I had a spectacular evening with the @usometrodc 🇺🇸🇺🇸 I had the honor of performing tonight and meeting some of the nations bravest people. Congratulations to @gronk on being honored tonight and on retirement!

Our friends at the @USOMetroDC stop by with @RobGronkowski of the New England @Patriots to spend time with patients and staff.