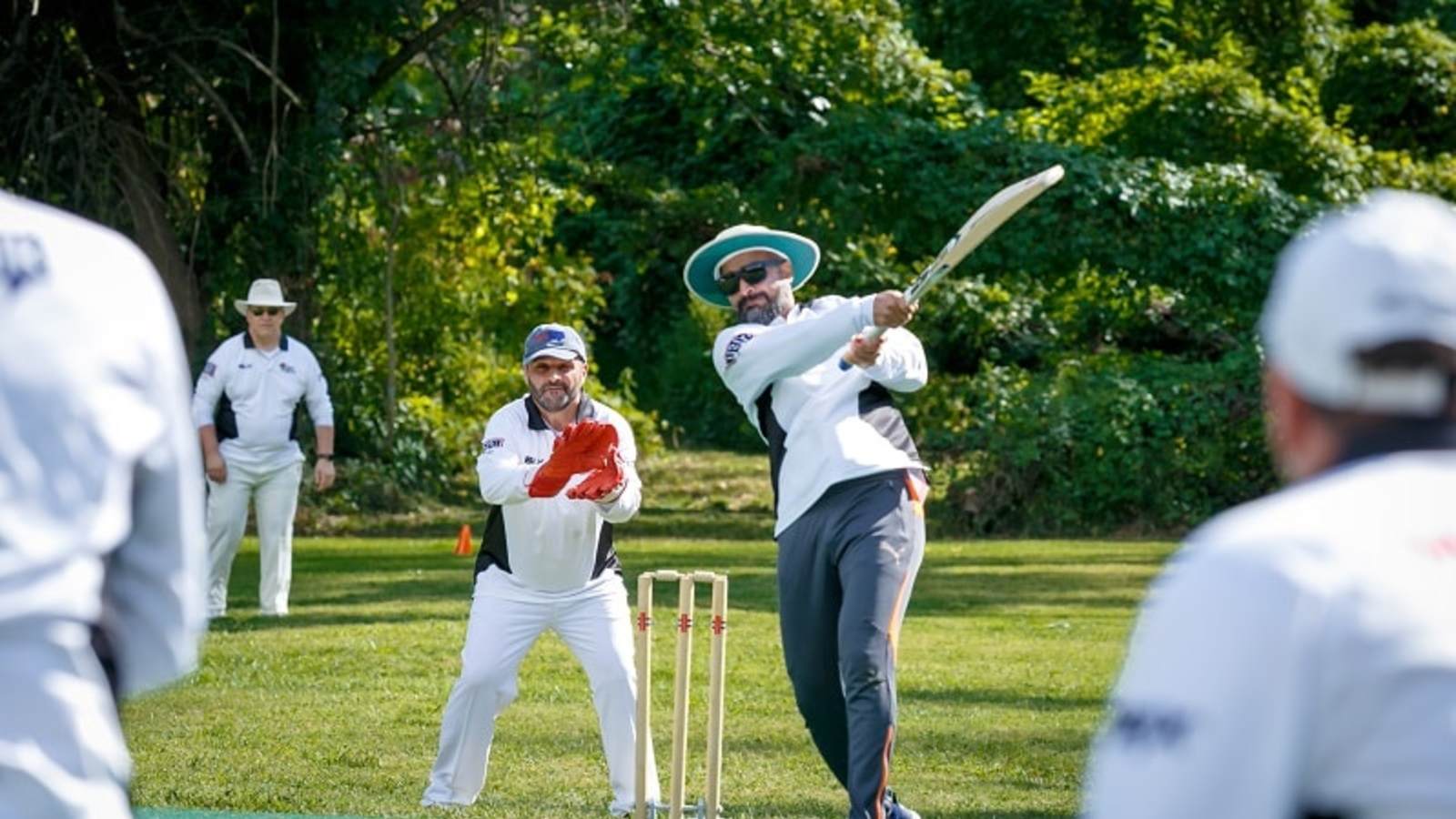 While two teams made up of Federal and industry IT executives battled for honors out on the cricket pitch under brilliant sunshine on Saturday, the biggest winner of the day was the USO of Metropolitan Washington-Baltimore (USO-Metro), which raised thousands at the annual event to benefit members of the U.S. military and their families.

Perhaps the least important outcome of the day was the final score – 129 for the team captained by Caroline Boyd, Director of Government Programs at MeriTalk, a 300Brand company – to 109 for the team captained by Steve O’Keeffe, 300Brand’s founder and CEO. Unlike official cricket matches – which can take place over several days – Saturday’s match was time-limited to 20 “overs” (baseball translation – one over equals six pitches, or “bowls”) per side.

With each team featuring an expert cadre of native cricket players to lead the mostly baseball-minded lineups, both teams had a great time and aside from a few sore muscles on Sunday, came away unscathed.

But by design, the biggest beneficiary of the match was USO-Metro, which has long received support from the Federal IT community and 300Brand.

“We are really here to support USO-Metro,” said O’Keeffe, vice chair of USO-Metro and an active board member for 13 years. “I’ve never been involved with a finer, more worthwhile organization.”

Adding some pop to the USO-Metro’s fundraising total was a pledge to pay $100 for each six-run hit (baseball fans, think home run) and the teams did not disappoint, combining to hit 20 “sixes” during the two-hour match that roughed up many a “bowler” (pitcher) by the end of the day.

“It’s so exciting for us to see all of the government and business folks here to support our mission,” said Elaine Rogers, President and CEO of USO-Metro. Support from the Federal and business communities, she said, “is so important to help fund our programs, and it’s so important for these communities to understand more about what we can all do to support military members and their families.”

Rogers extended USO-Metro’s thanks “on behalf of the wounded, ill, and injured military personnel and families we are working with every day.”

“It was a great win for the USO-Metro,” agreed O’Keeffe. “I think the ability to meet people as they really are, and obviously, to give back to the community”were the highlights of the day, he said.

“It is amazing to be able to help organize a team of spectacular individuals who, even though they have not played cricket very much, are so excited about the game,” said Boyd. “We’re here to make sure we give the USO-Metro a big donation, and everyone played as hard as they could to make sure that every hit counted for the USO-Metro.

In addition to considerable glory until next year’s match, the winning team was awarded with the MeriTalk Ashes or “MAshes” trophy – a replica of the “Ashes” trophy that stands at stake in cricket matches between England and Australia. Boyd accepted the trophy for her team, and lauded both teams for “good sportsmanship across the board.”

The cricket match was followed by Cyber Smoke – the bimonthly social networking get-together for Federal and industry IT leaders that also supports USO-Metro – and a Classic Car Showcase featuring an impressive line-up of classic sports cars shined to perfection and open for inspection.

What did the players and spectators have to say about the cricket match and anniversary party? Here’s a few of the quips that are fit to print:

“Cricket is baseball on valium…”

“A quarter of the players knew what they were doing, the rest were picking daisies…”

“Cricket? What? Where are the horses…?”

“Shutting down Darryl Peek (a perennial slugger) was a great win!”

Note: this story originally appeared here on Meritalk’s website. USO-Metro is grateful for their support of our mission and our military community.